I've been slowly working on my Space Marines. It's taken a while, but they almost look like a unit. I think I've spent between 10 and 20 hours on them, but much of that was spent learning. Most of the major painting is done, and now it's time for touchups and details. For example, I spent some time on that rocket launcher to make it appear to be metal, painted red, and then worn. I think it's pretty convincing. I intend to do the same with that red bolter. The one that's not wearing armor needs a lot of work. Enjoy. 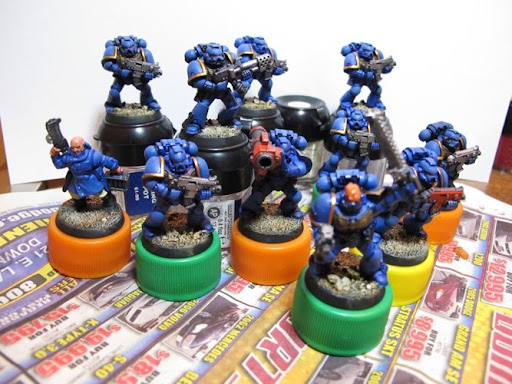 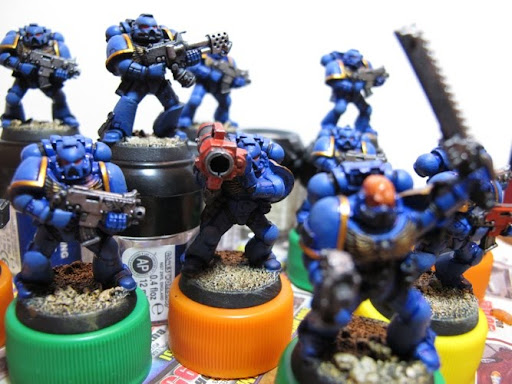 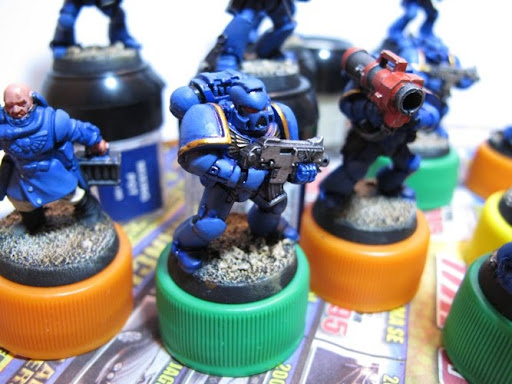 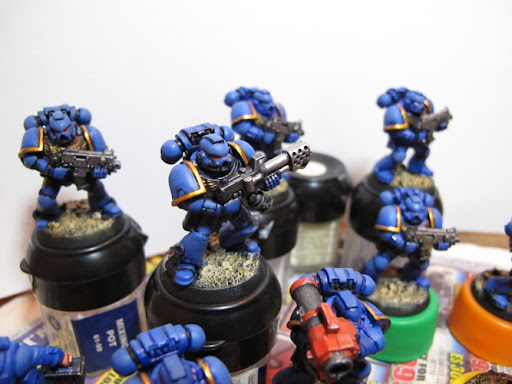